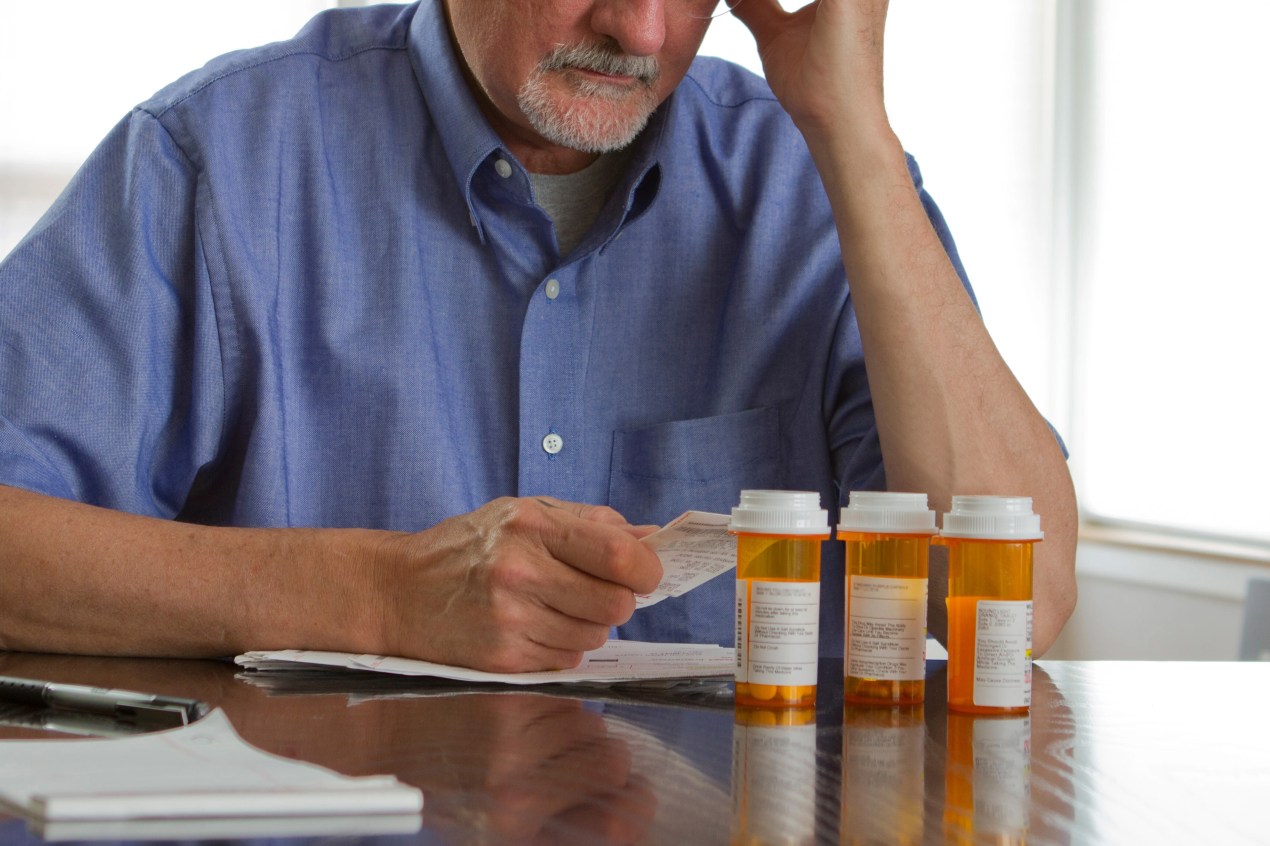 Something strange happened between the time Linda Griffith signed up for a new Medicare prescription drug plan during last fall’s enrollment period and when she tried to fill her first prescription in January.

She picked a Humana drug plan for its low prices, with help from her longtime insurance agent and Medicare’s Plan Finder, an online pricing tool for comparing a dizzying array of options. But instead of the $70.09 she expected to pay for her dextroamphetamine, used to treat attention-deficit/hyperactivity disorder, her pharmacist told her she owed $275.90.

“I didn’t pick it up because I thought something was wrong,” said Griffith, 73, a retired construction company accountant who lives in the Northern California town of Weaverville.

“To me, when you purchase a plan, you have an implied contract,” she said. “I say I will pay the premium on time for this plan. And they’re going to make sure I get the drug for a certain amount.”

But it often doesn’t work that way. As early as three weeks after Medicare’s drug plan enrollment period ends on Dec. 7, insurance plans can change what they charge members for drugs — and they can do it repeatedly. Griffith’s prescription out-of-pocket cost has varied each month, and through March, she has already paid $433 more than she expected to.

A recent analysis by AARP, which is lobbying Congress to pass legislation to control drug prices, compared drugmakers’ list prices between the end of December 2021 — shortly after the Dec. 7 sign-up deadline — and the end of January 2022, just a month after new Medicare drug plans began. Researchers found that the list prices for the 75 brand-name drugs most frequently prescribed to Medicare beneficiaries had risen as much as 8%.

Medicare officials acknowledge that manufacturers’ prices and the out-of-pocket costs charged by an insurer can fluctuate. “Your plan may raise the copayment or coinsurance you pay for a particular drug when the manufacturer raises their price, or when a plan starts to offer a generic form of a drug,” the Medicare website warns.

But no matter how high the prices go, most plan members can’t switch to cheaper plans after Jan. 1, said Fred Riccardi, president of the Medicare Rights Center, which helps seniors access Medicare benefits.

Drug manufacturers usually change the list price for drugs in January and occasionally again in July, “but they can increase prices more often,” said Stacie Dusetzina, an associate professor of health policy at Vanderbilt University and a member of the Medicare Payment Advisory Commission. That’s true for any health insurance policy, not just Medicare drug plans.

Like a car’s sticker price, a drug’s list price is the starting point for negotiating discounts — in this case, between insurers or their pharmacy benefit managers and drug manufacturers. If the list price goes up, the amount the plan member pays may go up, too, she said.

The discounts that insurers or their pharmacy benefit managers receive “don’t typically translate into lower prices at the pharmacy counter,” she said. “Instead, these savings are used to reduce premiums or slow premium growth for all beneficiaries.”

Medicare’s prescription drug benefit, which began in 2006, was supposed to take the surprise out of filling a prescription. But even when seniors have insurance coverage for drugs, advocates said, many still can’t afford them.

“We hear consistently from people who just have absolute sticker shock when they see not only the full cost of the drug, but their cost sharing,” said Riccardi.

The potential for surprises is growing. More insurers have eliminated copayments — a set dollar amount for a prescription — and instead charge members a percentage of the drug price, or coinsurance, Chiquita Brooks-LaSure, the top official at the Centers for Medicare & Medicaid Services, said in a recent interview with KHN. The drug benefit is designed to give insurers the “flexibility” to make such changes. “And that is one of the reasons why we’re asking Congress to give us authority to negotiate drug prices,” she said.

CMS also is looking at ways to make drugs more affordable without waiting for Congress to act. “We are always trying to consider where it makes sense to be able to allow people to change plans,” said Dr. Meena Seshamani, CMS deputy administrator and director of the Center for Medicare, who joined Brooks-LaSure during the interview.

The subsidies make a difference. Low-income beneficiaries who have separate drug coverage plans and receive subsidies are nearly twice as likely to take their medications as those without financial assistance, according to a study Dusetzina co-authored for Health Affairs in April.

When CMS approves plans to be sold to beneficiaries, the only part of drug pricing it approves is the cost-sharing amount — or tier — applied to each drug. Some plans have as many as six drug tiers.

In addition to the drug tier, what patients pay can also depend on the pharmacy, their deductible, their copayment or coinsurance — and whether they opt to abandon their insurance and pay cash.

After Linda Griffith left the pharmacy without her medication, she spent a week making phone calls to her drug plan, pharmacy, Social Security, and Medicare but still couldn’t find out why the cost was so high. “I finally just had to give in and pay it because I need the meds — I can’t function without them,” she said.

But she didn’t give up. She appealed to her insurance company for a tier reduction, which was denied. The plan denied two more requests for price adjustments, despite assistance from Pam Smith, program manager for five California counties served by the Health Insurance Counseling and Advocacy Program. They are now appealing directly to CMS.

“It’s important to us to work with our members who have questions about any out-of-pocket costs that are higher than the member would expect,” said Lisa Dimond, a Humana spokesperson. She could not comment about Griffith’s situation because of privacy rules.

However, Griffith said she received a call from a Humana executive who said the company had received an inquiry from the media. After they discussed the problem, Griffith said, the woman told her, “The [Medicare] Plan Finder is an outside source and therefore not reliable information,” but assured Griffith that she would find out where the Plan Finder information had come from.

She won’t have to look far: CMS requires insurers to update their prices every two weeks.

“I want my money back, and I want to be charged the amount I agreed to pay for the drug,” said Griffith. “I think this needs to be fixed because other people are going to be cheated.”